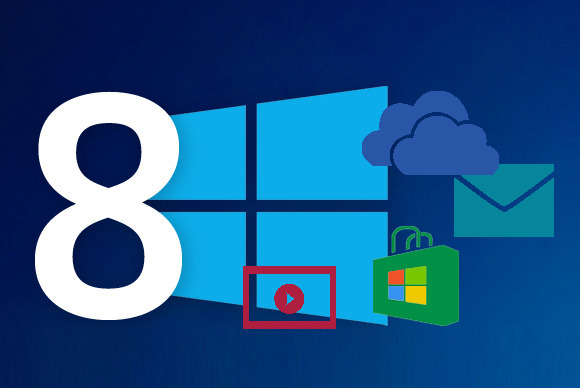 Now that we are in the holiday season, many people are looking for laptops for themselves, spouses, or kids, but this year, most new laptops will come installed with Windows 8. Microsoft has redesigned its user interface for desktops, laptops, tablets, and hybrid devices (smartphones were excluded from this redesign).

Windows 8 comes in several versions, as previous operating systems have, but Windows 8 Pro is the only version currently available on Microsoft’s website. This version includes everything Windows 8 includes as well as some built-in tools targeted toward business users. The boot time has been reduced to eight seconds and it will boast 3G/4G support. Windows 8 is also introducing an app store similar to the markets/stores you would find on a smartphone and this is the first Windows operating system that gives the user easy access to store files using Microsoft’s SkyDrive service, similar to Google’s Cloud Connect.

Tech Republic points out that there are reasons for businesses not to upgrade such as the need for massive training, lack of a corporate desktop, and the hardware outlay to migrate to a touch interface. For businesses as well as consumers, the removal of the start button has been the source of much discussion as well, however, a setting can be changed and the start button can be reinstated.

Before you decide to upgrade, check that your system meet the minimum requirements:

If you are currently running Windows XP or Vista, the security and performance improvements of Windows 8 will be a benefit. If you’re running Windows 7, you can either upgrade to the latest and greatest or wait until your next computer purchase for it to be factory installed. Either way, there is always a learning curve.